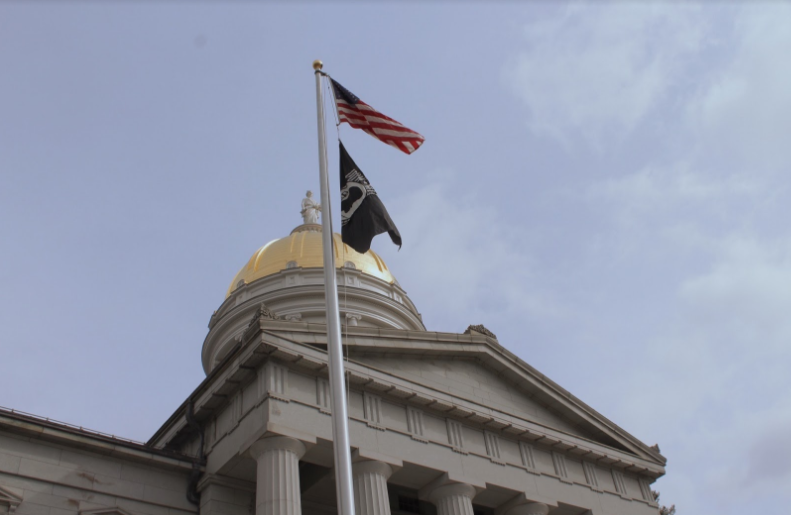 An Introduction to Climate Legislation in Vermont

“It’s inspiring yet frustrating that young people have to spend their days instead of hanging out with their friends or going to school or going skiing or spending time with their families… at the State House asking people to take this urgent issue, [climate change], as seriously as it is warranted,” says Johanna (Joey) Miller, Energy and Climate Program Director at VNRC.

With all of the chaos caused by the novel coronavirus, it has become easy to forget that our previous struggles are still relevant and important to recognize.. Climate change is one of those.

Vermont legislators agree that youth voice plays a large role in the progression of climate legislation, and because of that, it is crucial that concerned students are informed about what is happening at the State House related to climate change.

At the moment, there are four main bills circulating in the State House that are important to know about. Below is a brief introduction to each bill.

Modernize Vermont’s Energy Efficiency Utilities (S.337) is a bill that focuses on allowing electric efficiency utilities — Burlington Electric Department and Efficiency Vermont — to focus their work more on increasing the usage of clean energy methods while also reducing electricity use. The bill maintains the same funding for the programs while transitioning to more clean and affordable fossil fuel alternatives.

“From an immediate standpoint, the Efficiency Modernization bill is going to save people money right off the bat. It’s taking dollars that are already being raised and putting them towards uses that have an even greater reduction in climate pollution, and in many cases even greater immediate economic savings,” says Ben Walsh, Climate and Energy Program Director at VPIRG.

This bill will make alternative methods of heating more affordable for Vermont businesses and families and invest in clean energy solutions that are proven effective. Currently, this bill wields a small goal and many wish it were larger, however, it is still seen as a step in the right direction.

The Global Warming Solutions Act (H.688) sets the framework for all other main climate bills by measuring the advancement of each bill, while also demanding progression.

This bill allows Vermonters to essentially sue the state government through court action only when a certain climate goal is not reached.

The bill’s ultimate goal is to make Vermont net zero by the year 2050, which in essence would mean no carbon emissions in the state of Vermont, compared to the 2012 recorded levels of 13 metric tons of carbon per capita.

Lauren Hierl, Executive Director at the Vermont Conservation Voters, says, “[The Global Warming Solutions Act] would benefit the environment because it would require that the state put in place programs [and] plans that drive down climate pollution… It doesn’t set out exactly what those things would be but… we know if we’re driving fewer gas-powered cars, for example, that that’s good for climate change.”

Transportation and Climate Initiative; Getting on Board With the Northeast:

The Transportation and Climate Initiative (TCI) is a policy proposal that would limit the number of carbon emissions contributed by vehicles using transportation fuels (such as gas and diesel) and enforce more renewable practices. The proposal is a collaboration of twelve Mid-Atlantic and Northeastern states and the District of Columbia.

It is important to note that since 1990, neighboring states (New York, Massachusetts, and New Hampshire) have all decreased their carbon emissions between 6% and 21%, while Vermont has increased our emissions by 13%.

Using a cap and invest method, the proposal would determine a strict limit on transportation carbon emissions, which slowly decreases over time. Transportation fuel suppliers (i.e. gas stations and fuel companies) are required to attain auctioned allowances for every ton of carbon pollution that is produced by the fuel they sell. If a certain fuel company does not obtain the number of allowances it requires to stay in steady business, it could result in an increase of four to nine cents per gallon for consumers.

The revenue collected from the auction goes to the state to be invested into more sustainable modes of transportation. In Vermont, the money would most likely be focused toward rural and low-income families that have a smaller range of transportation options. There has not yet been legislation introduced in Vermont for this proposal.

The 100% Renewable bill (S.267) would implement a statewide 100% renewable energy standard by 2030, in comparison to the current requirement, 10% by 2032. The bill has a primary goal of eliminating the usage of fossil fuels (such as coal, heating oil, propane, and gasoline) in the state of Vermont and replacing them with clean energy-powered alternatives.

One thought on “An Introduction to Climate Legislation in Vermont”