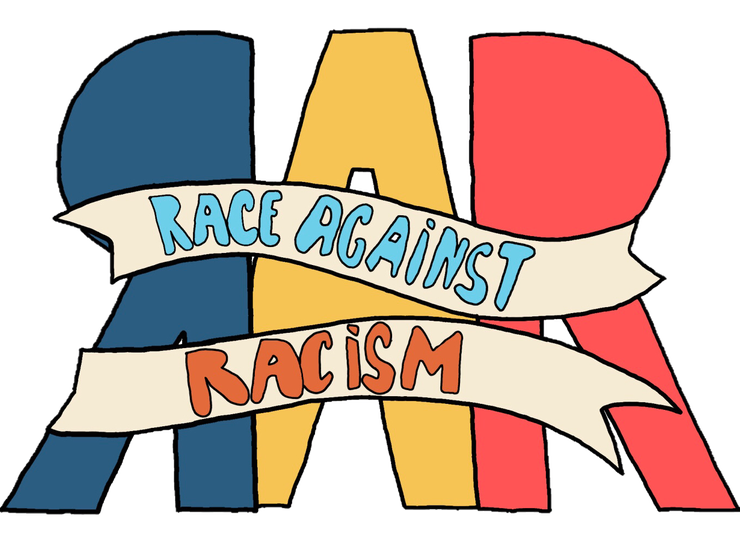 The 3rd Annual Race Against Racism will take place on Sunday, September 22, 2019 at Montpelier High School!

The Race Against Racism is a state-wide annual anti-racist event, organized by youth from several Vermont high schools. All are welcome to a public rally, comprised of a short list of notable speakers, and lots of live music and performances beginning at 10:45. An optional 5k run or walk will begin at 11:30 on a scenic loop through the city of Montpelier. The goal of the event is to further a conversation surrounding racial justice in Vermont and to ensure the fight for racial justice is visible and accessible to all.

Runners and walkers include many high school sports teams from around Vermont, their classmates, and community members of all kinds. For the rally portion of the program there is wood-fired pizza, music, speakers, and performances. Many local social justice organizations will be promoting their work and engaging the public in political activities. There will be activities for children too!

A2VT, a Winooski-based group that will be performing Afro-pop infused rap music and dance.

DUO, a rap group consisting of UVM students Jacob Hartman (a.k.a. Zesty Boi) and Rivan Calderin (a.k.a. Rivan C.), is a new musical act with a growing youth-led fanbase. Mixing contemporary hip hop with 90’s boom bap, the two go back and forth with witty word-play, electric flows, and a powerful stage presence

DJ Crystal Jonez – As a Daughter of Sound, she has spent the last four years building sound experiments: she DJs musical ritual offerings as DJ Crystal Jonez; curated community conversations called New Tables, New Tools: Female Visionaries on Love, Community, Peace, and Resistance. She is guided by the genius of black people — you’ll hear and feel that in her sets.

Speakers include amazing youth activists like Essex High School’s own Raquel Mattos, speaking alongside statewide racial justice icon and former VT legislator Kiah Morris, and Race Founder Hope Petraro speaking at her last RAR as a student organizer. Grace Hsiang, also of Essex High School, is statewide representative for the Global Climate Strike on September 20th. Jaya Touma Shoatz, a Black, Mexican, Palestinian, queer, femme-identified activist from Philly and Brooklyn, will give a speech as a new Vermont resident. U-32 Student Bruce Pandya will be representing the VT Coalition for Ethnic & Social Equity in Schools. All funds raised will be contributed to organizations statewide that advocate for racial justice. This year the partners to share in this fundraising effort are The Vermont Coalition for Ethnic and Social Equity in Schools.